On the Greeks and Romans tails

I live in a small street in Naples named “Vico soprammuro” that can be translated “Street on the wall“.

This wall was a part of the Greek walls. So, I live where the Greeks 2500 years ago built the walls of Naples.

The name Naples come from the Greek word “Nea-polis” means New city. In the V century B.C. Naples became the most important city of the gulf of Naples and of the Great Greece.

Later the Romans conquered the city incorporating, overlapping and enlarging the Greek one.

Since that epoch many things changed so that along the centuries the city has been transformed by several dominations and people coming from Europe and the Mediterranean Sea.

Fortunately, some Greek and Roman ruins survived until today. With this tour you will do a walking route following their tails that are on the streets and down them.

In fact, you will visit the site named: “Napoli sotterrata” that can be translated: “The buried Naples”.

You will see that Naples is made by several layers of history one upon another starting from its foundation until today.

Ticket entrances are not included in the rate. 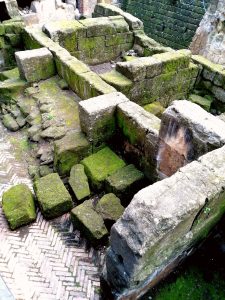 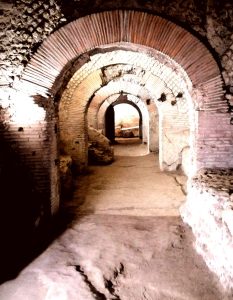