Naples since the origins

Naples wasn’t built in a day. It has a long and complex history that starts from the underground and continue on the surface.

The marvellous monuments, churches, buildings and castles show well the glory of its past.

They have many architectonic styles that go from the Romanic until the contemporary one. This outline city is like a sponge, able to absorb cultures coming from everywhere and reworking them in an original way.

Naples is stretched along the sea like a mermaid and their relationship has ancestral origins. In fact, the population who funded Naples arrived from the sea: The Greeks.

The tour will start where it all began: “Castel dell’Ovo“.

While tea in England is a sort of religion, coffee in Naples has the same role so you will have a coffee break at the most famous Coffee bar of Naples: “Caffè Gambrinus“.

The tour will proceed until the street named “Spaccanapoli“, where you will see “Piazza del Gesù” overlooked by the churches of “Santa Chiara” and “Il Gesù nuovo“.

This part of Naples is the most picturesque, exuberant and bursting with life. It is a skein of small streets where you will be submerged by thousands of colours, odours and noises.

The road map will proceed in the area of “San Gregorio Armeno” that is famous for the artisans of the crib and will finish at “Piazza San Gaetano. 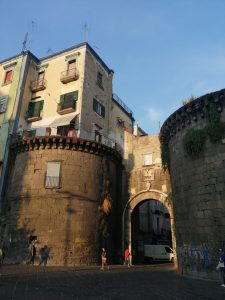 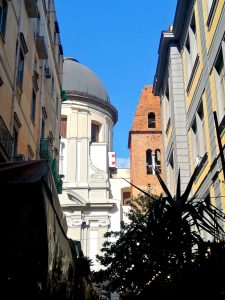 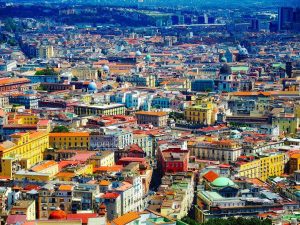 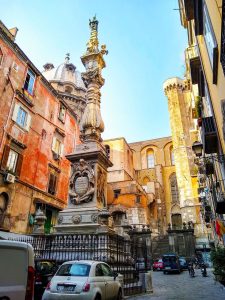 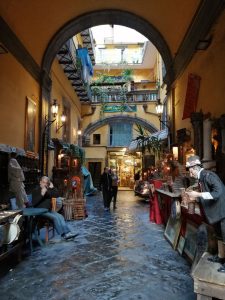 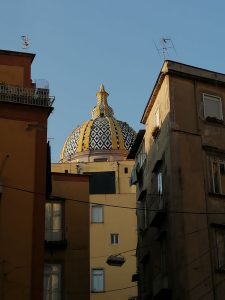 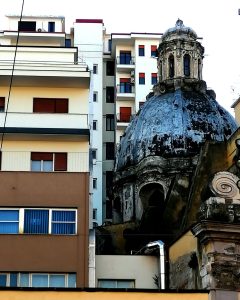 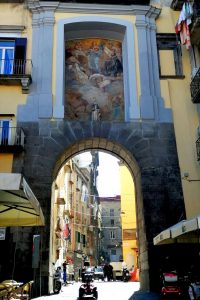 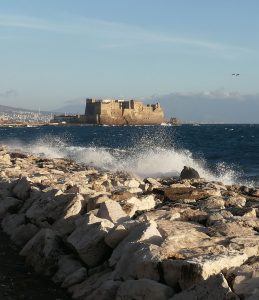 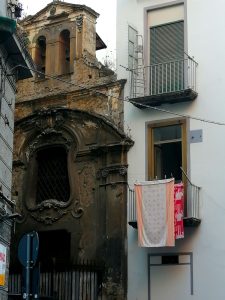 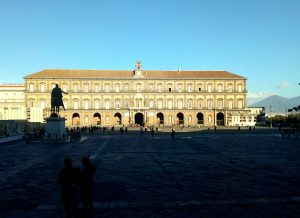 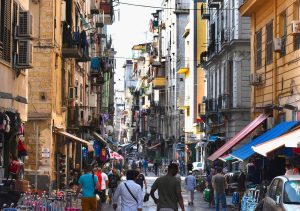 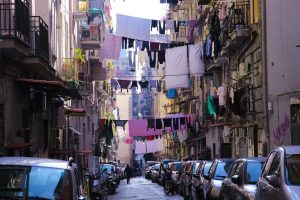